The time Jon got pissed on my wedding day 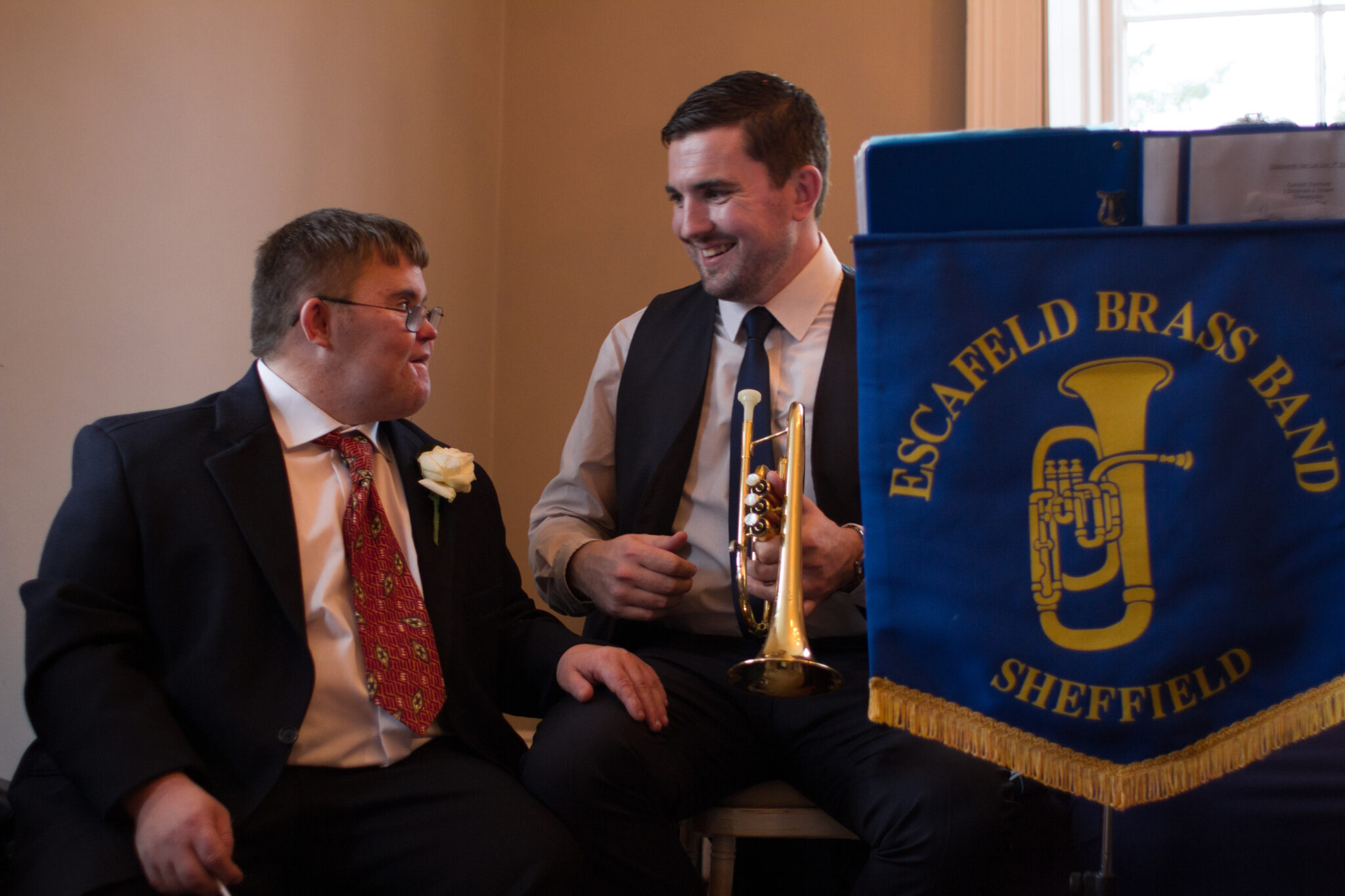 Jon was always a fantastic crowd pleaser.  He was great at directing people and liked nothing more than thinking he was helping a large event run smoothly by helping out. So when it came for the 13 October 2013, the day of my wedding Jon was right there to lend a hand and booming voice.

Jon was one of my two best men, along with my mate Stephen.  Both had one ring to look after and, I’m sad to say, respective speeches to deliver. Liz, my then Finance (now wife, so you know it’s a happy ending) was at the venue preparing and although the venue was intimate and had a planner and host who knew what they were doing. To be honest I am usually a good organiser of people and groups but this day was not my strongest showing.  Thankfully, Jon arrived and set to work becoming acquainted with the staff and layout as well as asking for help around the plan.  Jon was dressed in his new, tailor made suit fitted for this day and looked fantastic. *

*(Scruffy was Jon’s default setting but he did enjoy getting dressed up – “me, smart Al” he would always say before taking me through his ensemble).  I was really surprised he had taken to the new suit as, whenever you bought Jon something new to wear it would take him at least a month before he would give it so much as a second glance.

As I sat quietly in the corner, pale faced, praying I wouldn’t cock something up, Jon came and found me, “alright Al!”

“New suit, wedding, smart for you my son!”

“Thanks Jon, you look amazing”.

Jon then quietly smoothed the lapels of my jacket, dusted off my shoulders, took my hand, lifting me up and said: “Me help you son for your wedding”

“Thanks Jon, you got my ring?”, he tapped his top pocket and smiled.  He then proceeded to take me round the entire staff team he was immediately on best mate terms with, got me a drink which he somehow didn’t pay for and found my mum who was busy putting the finishing touches to our cake.

Jon just knew when I needed him and more often than not what I needed and, apparently, at the time, it was a drink.  He then shuffled off to organise the guests arriving and show them the toilets and bar and where the ceremony would be held.

Jon really did me proud throughout the ceremony.  After this, we went out in the only part of the day which didn’t chuck it down for photographs in gorgeous gardens which were entirely wasted owing to the levels of rain.  Following this my former brass band, of which Jon was a member,  played as part of the entertainment. Jon was a timpanist (kettle drums) however this small venue had a neighbourhood agreement that no drums were allowed. So Jon sat beside and helped me keep time in the pieces I dabbled at. 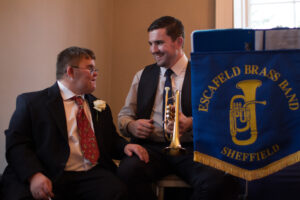 At the wedding breakfast Jon, aided and abetted by our dad, did his speech and raised about 43 toasts to “Al & Liz!”  It was after that – that Jon began to let his hair down, proudly instructing that everyone should applaud myself and Liz everytime we took a step anywhere, especially after the cake cutting and first dance, when he joyously joined in with. 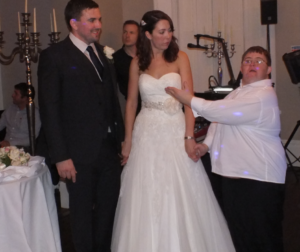 Obviously my memory of the rest of the evening isn’t clouded by alcohol based amnesia at all, but I do mentally cut to finding Jon asleep on a random sofa, shirt untucked, tie askew with a bottle of J20 nearby (think he has realised he may have overstepped the mark by then).  As I look back 8 years on from that day, the little things mean so much and the fact my big brother had an absolute blast at my wedding would be something many take for granted but for me, besides marrying the love of my life, it’s the second best thing about my wedding. 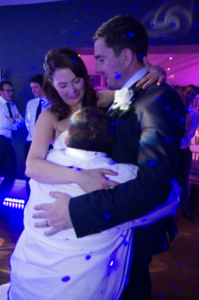