The times Jon used being disabled to his advantage 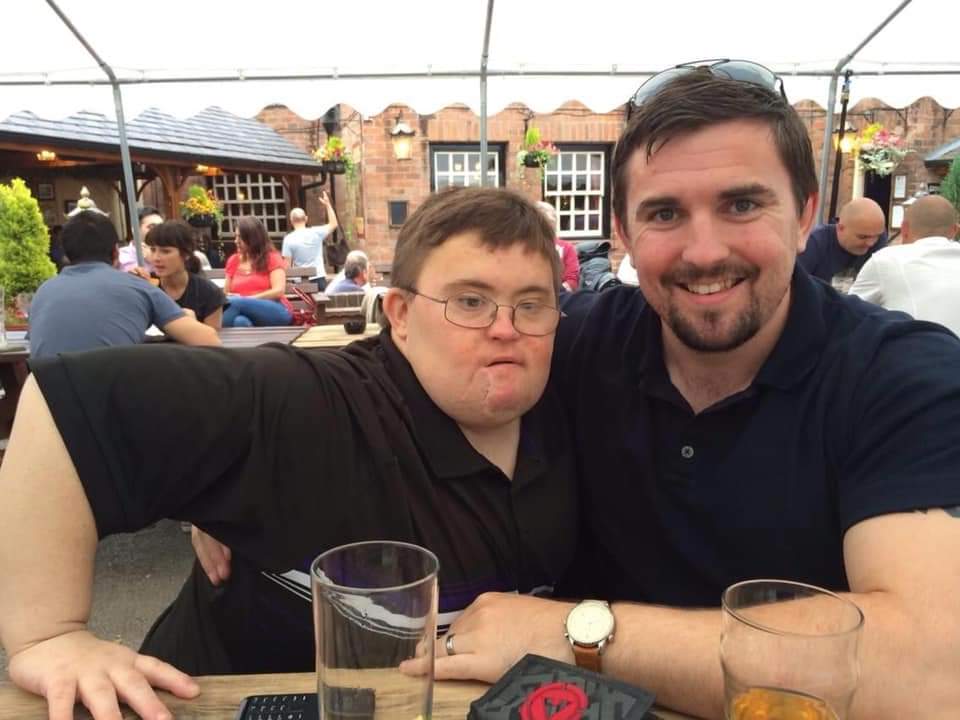 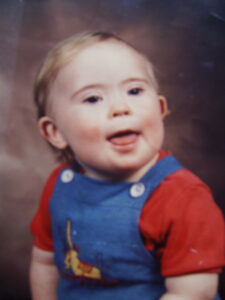 Jon and I shared a bedroom growing up, we had single beds and Paddington Bear curtains with alphabet border wallpaper.  The walls were adorned by pictures of wildlife and we had a small cupboard in the corner where the monsters lived.  Later the monsters would terrorise my younger brother Cameron as he roomed with Jon.

Story time was always the best and whilst our dad would provide endless “made up funny” stories about magic wishes and worlds made of chocolate and mushy peas, one of the books that sticks in my mind is Six Dinner Sid.  For those of you who don’t know, Six Dinner Sid is a story of a cat who plays a whole row of houses into feeding it because it acted as though it hadn’t been fed.  Jon had a similar knack for deception and using the fact had a Learning Disability to his advantage.

We visited a place called Mossyard (a great caravan site in Dumfries and Galloway) for our summer holidays. Jon would regularly roam free with his CD player, bag or CDS and baton conducting the massed bands of her majesty’s guards much to the bemusement of the local sheep, cows and delight of the kids on site.  Jon would usually take a walkie talkie and disappear off after breakfast and return on the back for lunch, usually on one of the local tractors. One morning Jon had gone dark on the radio and thus began a hunt for him around the site.  Eventually we got wind he had visited a friend’s van complaining he hadn’t had any breakfast (he had) and conned them out of a bacon sandwich.  Following this trail we visited three further vans where Jon had repeated this feat at each totalling four bacon sandwiches on top of his usual bowl of cereals.  He was then thwarted at his fifth attempt by my mum who found him pleading starvation again.

Jon had a knack of getting free stuff from people.  Our mum recalls during a hospital visit as a child, Jon had disappeared only to be found seated at a table in the canteen with a sandwich, drink and crisps only for her eight year old son to inform her “mummy, pay lady please. Food nice” or that time he blagged some free, solid chocolate bunnies from the Cadbury’s tour because he charmed the staff so much.  At a farm show he did over a Nestle stand who were giving out free bars of chocolate by going back five times throughout the day. 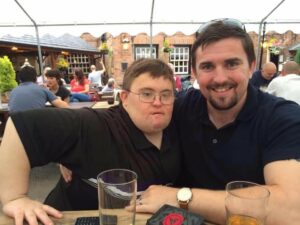 Jon had a way of getting what he wanted

It wasn’t just food either, at the age of 8 Jon had pulled his usual disappearing act once again (I am starting to think he may have been a master criminal) only to turn up at the local shopping centre about 4 miles away in the Early Learning Centre playing with the toys.  You can imagine the search party that went out to find him.  Upon being discovered our dad was greeted with a cheery “hi dad” and then Jon continued his play as nonchalantly as ever.  When quizzed about how he had managed to get to where he was he replied “bus” and then about how he had managed that with no money, he replied “driver nice”.

Now, I’m not suggesting Jon was intentionally going out of his way to get things he wanted, but once he realised that people were more lenient towards him than others, he used it to his advantage, and I respect him for that.  When society deals you a hand, you have to learn how to play it best and I just see this as Jon doing just that.

We shouldn’t assume that people with Learning Disabilities are “angels” – that crap boils my blood.  People are people. Jon was witty, charming, stubborn, cheeky and good at getting his way, even if that meant not always towing the line of truth.  It’s not to say that people don’t need reasonable adjustments but when they learn the power of the blag it can be a dangerous thing.